The Adventures of Tintin

To subscribe to a personalised The Adventures of Tintin podcast, starting today with and with a new episode , use the following URL: 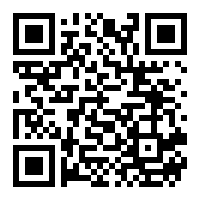 The Adventures of Tintin (French: Les Aventures de Tintin) is a series of 24 bande dessinÃ©e albums created by Belgian cartoonist Georges Remi, who wrote under the pen name HergÃ©. The series was one of the most popular European comics of the 20th century. By 2007, a century after HergÃ©'s birth in 1907, Tintin had been published in more than 70 languages with sales of more than 200 million copies, and had been adapted for radio, television, theatre, and film.

The Adventures of Tintin (1992â93) radio series was produced by BBC Radio 4. The dramas starred Richard Pearce as Tintin and Andrew Sachs as Snowy. Captain Haddock was played by Leo McKern in Series One and Lionel Jeffries in Series Two, Professor Calculus was played by Stephen Moore and Thomson and Thompson were played by Charles Kay.