To subscribe to a personalised The Stanley Baxter Playhouse podcast, starting today with and with a new episode , use the following URL: 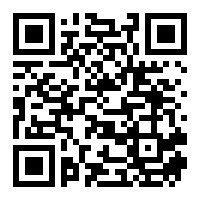 To be recording a new radio play on the day he turned 90 is quite an achievement, but from legendary comedian Stanley Baxter itâs barely surprising â heâs been working in entertainment since he was a child.

Stanley started his show-business career as a child actor under the instruction of his extrovert mother. He did impressions of Harry Lauder and Mae West, aged 7, without knowing who either of them were.
He invented âParliamo Glasgowâ in which he translated Glaswegian into English, with phrases like âsanoffy caul dayâ (âitâs an awfully cold dayâ) and âzarraburdorahairywullieâ (âis that a lady or a gentleman?â). Kenneth Williams was one of his best friends. They met during National Service.
He was a legendary dame on the Scottish panto circuit, often playing opposite the late Ronnie Corbett, before hanging up his hooped skirt in 1992.

When Stanley appeared as a child on the Scottish edition of BBC Childrenâs Hour he had to stand on a box to reach the microphone.
He puts his longevity down to being a confirmed hypochondriac, because he identified a heart problem swiftly. âEvery headache a brain tumour, every cough is cancer,â he says.

He demonstrated, alongside the late Victoria Wood, to keep Highgateâs local post office open. They failed. He thinks the Kardashians are a pop group. He outraged Mary Whitehouse by playing The Duchess of Brendagh, an aristocratic woman in pastel suits with large handbags, who looked remarkably like the Queen. Her Grace delivered her âBroadcast for Guy Fawkes Dayâ.

Heâs decided that when heâs 95 heâs going to ask for a pay rise.
Thanks very much Stanley, for many decades of entertainment. We will continue to Parliamo Glasgow in your honour. All together nowâ¦. âIsthatamarreronyerbarrerClarra?â