To subscribe to a personalised Four Quartets podcast, starting today with and with a new episode , use the following URL: 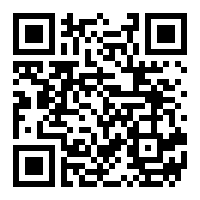 Four Quartets is a set of four poems written by T. S. Eliot that were published over a six-year period. The first poem, Burnt Norton, was published with a collection of his early works (1936's Collected Poems 1909â1935.) After a few years, Eliot composed the other three poems, East Coker, The Dry Salvages, and Little Gidding, which were written during World War II and the air-raids on Great Britain. They were first published as a series by Faber and Faber in Great Britain between 1940 and 1942 towards the end of Eliot's poetic career (East Coker in September 1940, Burnt Norton in February 1941, The Dry Salvages in September 1941 and Little Gidding in 1942.) The poems were not collected until Eliot's New York publisher printed them together in 1943.

Four Quartets are four interlinked meditations with the common theme being man's relationship with time, the universe, and the divine. In describing his understanding of the divine within the poems, Eliot blends his Anglo-Catholicism with mystical, philosophical and poetic works from both Eastern and Western religious and cultural traditions, with references to the Bhagavad-Gita and the Pre-Socratics as well as St. John of the Cross and Julian of Norwich.

Although many critics find the Four Quartets to be Eliot's last great work, some of Eliot's contemporary critics, including George Orwell, were dissatisfied with Eliot's overt religiosity. Orwell believed this was not a worthy topic to write about and a failing compared to his earlier work. Later critics disagreed with Orwell's claims about the poems and argued instead that the religious themes made the poem stronger. Overall, reviews of the poem within Great Britain were favourable while reviews in the United States were split between those who liked Eliot's later style and others who felt he had abandoned positive aspects of his earlier poetry.