Single-series spinoff from the Navy Lark
from s3.amazonaws.com

To subscribe to a personalised The TV Lark podcast, starting today with and with a new episode , use the following URL: 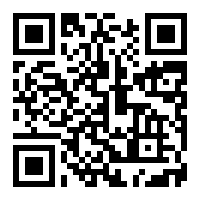 The TV Lark was intended to be a replacement for The Navy Lark starting with what would have been the programme's fifth series, in 1963. This situation came about due to the head of light entertainment believing that "forces"-based humour had become dated and television was the next "big thing", so Lawrie Wyman was ordered to create a show with the same cast in an independent TV station situation. Alastair Scott Johnston and Wyman tried to stop this but were overruled: hence, the arrival of The TV Lark.

The entire crew had been drummed out of the service and hired by Troutbridge TV Ltd. Janet Brown joined the cast due to the absence of Heather Chasen for this series. However, mainly due to public pressure, the production team of Alastair Scott Johnston and Laurie Wyman managed to revert the show to nautical capers. Storylines in The TV Lark nudged back to naval origins across the ten shows until they were finally reunited with Troutbridge.