To subscribe to a personalised Undercover Mumbai podcast, starting today with and with a new episode every days, use the following URL: 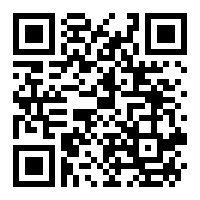 Police detective serial set and recorded on location in Mumbai. This fast-paced police thriller follows Alia Khan, a young woman inspector in the Bandra Division of the Mumbai Police Force, as she attempts to solve a series of crimes, make sense of her troubled past and cope with being a woman in a male-dominated and chauvinistic police force.

Episode 1 - Gutter Baby. When a baby is rescued from a gutter, it falls on the only female police officer on hand, Alia Khan, to look after it. Stuck with a new partner and a boss who is determined to put her in her place, Alia has to fight to be noticed.

Episode 2 - What's Cooking? The search for a missing husband leads Police Inspector Alia Khan to the door of the Tandoori restaurant where he was last seen.

Episode 3 - Body of Christ. The body of a young girl is washed up on a beach. A tattoo on her ankle leads police inspector Alia Khan on the trail of a child prostitution ring.

Episode 4 - Mad Women. Khan investigates a psychiatric hospital where women are admitted but never seem to come out.

Episode 6 - One Last Sacrifice. As India's general elections draw near, and the world's largest democracy decides its future, a murder and a political scandal leads Khan to unravelling the truth about her policeman father's death. A climactic hour-long final episode of the police detective serial set in Mumbai.