To subscribe to a personalised Unshackled! podcast, starting today with and with a new episode , use the following URL: 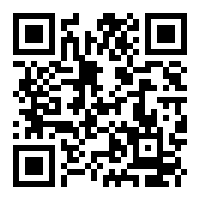 Unshackled! is a radio drama series produced by Pacific Garden Mission, in Chicago, Illinois, that first aired on September 23, 1950. Each episode dramatizes the testimony of someone who converts to Christianity, sometimes involving a visit to Pacific Garden Mission, or through hearing Unshackled! on the radio. Radio episodes include the life stories of baseball-great-turned-evangelist Billy Sunday, who is a Pacific Garden Mission convert, and Dominic Mance, an international banker who became a homeless vagabond nearly overnight. Past cast and crew range from current actors to Golden Age of Radio personalities such as Bob O'Donnell, Jack Bivans, Stan Dale and Russ Reed.

The scripts are derived from actual testimonies and actual events.

It is one of the longest-running radio drama in history and one of a very few still in production in the United States. The show is aired over 6,500 times around the world, each week, on over 1,550 radio outlets and is translated and re-dramatized into eight languages on six continents.

As of January 2020, over 3,600 episodes have been produced, each 30 minutes in length. Unshackled! is produced in the same way that shows during the Golden Age of Radio were produced. Shows are transcribed (recorded) live before a studio audience. An organist provides live incidental music and a sound-effects person provides sounds in real time as the show progresses. The show has retained a consistent and distinctive quality throughout its years of production, established by the 40-year tenure, from 1950 to 1990, of Jack O'Dell as producer/director.