Radio drama of the Thackeray novel
from archive.org

To subscribe to a personalised Vanity Fair podcast, starting today with and with a new episode , use the following URL: 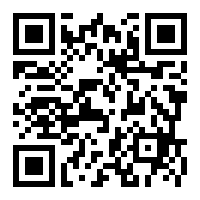 A marvelous, incisive social satire that gleefully exposes the greed and corruption raging in England during the turmoil of the Napoleonic wars through its tracing of the changing fortunes of two unforgettable women. It is a comic masterpiece that still resonates today.

"Re-reading Vanity Fair, one realises what a brilliant innovation this was in the English novel," remarked V. S. Pritchett. "Thackeray is like the modern novelists who derive from James and Proust, in his power of dissecting (and of desiccating!) character."

Generally considered to be his masterpiece, Vanity Fair is Thackeray's resplendent social satire that exposes the greed and corruption raging in England during the turmoil of the Napoleonic wars. Subtitled "A Novel Without a Hero," it traces the changing fortunes of two unforgettable women: the scheming opportunist Becky Sharp--one of literature's most resourceful, engaging, and amoral heroines--and her foil, the faithful, naive Amelia Sedley. Thackeray's subversive, comic attack on the hypocrisy and "dismal roguery" of an avaricious world resonates 150 years later with implications for our own times.

"Thackeray is an urbane nineteenth-century guide and commentator in a portrait gallery that is for all time," observed Louis Auchincloss. "He is the restless inhabitant of a prudish age, nostalgic, discursive, anecdotal, sentimental, worldly-wise, now warning us, now making fun of us, now reproving us .... Thackeray's harshest criticism of humanity is simply the point where ours commences. His perception of self-interest in every act is the ABC of modem psychology."
The best way to master your English is listening Drama and retell it.