To subscribe to a personalised Best of Phil Hendrie podcast, starting today with and with a new episode , use the following URL: 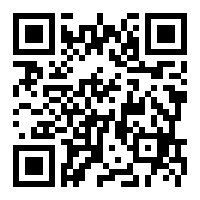 The Phil Hendrie Show ran for nearly 16 years, from August 1990 to June 23, 2006. Hendrie began doing voices on his program at KVEN in Ventura, California during the Gulf War when he created "Raj Fahneen," an Egyptian who demanded that George H. W. Bush wash Saddam Hussein's feet with his hair. After leaving KVEN in 1992, Hendrie did a short stint as an evening host at WSB in Atlanta before moving to WCCO in Minneapolis. Phil left WCCO on March 12, 1994 and moved to WIOD in Miami. Hendrie hosted the afternoon drive-time slot, and further developed his characters' personalities, adding their lasting traits. He garnered a large fan base there, and released three "Best Of" CDs, all of which benefited the Miami charity organization Center One. In 1996, Hendrie moved to KFI in Los Angeles to further develop his show and reach a larger audience. In 1996, Hendrie became syndicated and eventually reached around 100 affiliates.

In October 1999, Phil moved to Premiere Radio Networks, which eventually distributed his shows via the Internet.