Story about a wizard living in modern Scotland
from archive.org

To subscribe to a personalised Mordrin McDonald: 21st Century Wizard podcast, starting today with and with a new episode , use the following URL: 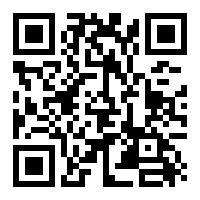 Step into the magically mundane world that is the life of 21st-century wizard Mordrin McDonald - an isolated sorcerer with enough power to destroy a town in his small finger, yet not enough clout to get his bins emptied on time by the local council. Even for such a skilful sorcerer, modern life is rubbish.

Listeners follow the life and times of 2,000-year-old Mordrin, who has been a practising wizard for many centuries. Despite wielding incredible mystical powers, Mordrin's humdrum existence, based in the small Scottish village of Blairochil, is a far cry from the mystical excitement portrayed by the likes of Merlin and Harry Potter.

Mordrin is deadpan, dry and makes delicious jams. He initially set up as a public limited company for income tax relief, but has found it a useful vehicle to help him bolster his wizard skillset and his range of services. He has been running Fruity Potions from his cave for the past few years, in between completing the odd quest as instructed by the Wizard Council. In the past his services were on hand to help kings in battles of good and evil, or as he prefers to put it, "assisting with neighbour disputes".