Comedy about a brooding, alcoholic, maverick Swedish detective
from archive.org

To subscribe to a personalised Angstrom podcast, starting today with and with a new episode , use the following URL: 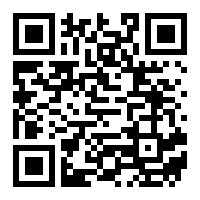 A comedy series by writers Joel Morris and Jason Hazeley, of the Ladybird Books for Grown Ups, Charlie Brooker's Wipe, That Mitchell and Webb Look and A Touch of Cloth.

Matthew Holness stars as Knut ÃngstrÃ¶m, a brooding, alcoholic, maverick Swedish detective from the tough streets of Oslo, in a Scandinavian detective yarn adapted from the bestselling ÃngstrÃ¶m trilogy by Martin English (writing as Bjorgen Swedenssonsson).

Following the death of his wife, ÃngstrÃ¶m is posted to the Njalsland peninsula where he becomes embroiled in a labyrinthine murder (or possibly not-murder) case which bears an eerie similarity to the Askeladden killings - a case from his distant past.