To subscribe to a personalised Crime Club podcast, starting today with and with a new episode , use the following URL: 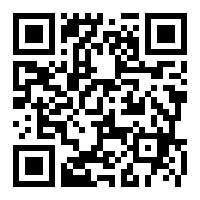 The Crime Club aired on the Mutual Broadcasting System as a half-hour weekly radio series, beginning on December 2, 1946 and continuing until October 16, 1947, a run of 47 episodes. It aired on Mondays at 8 p.m. through December and then on Thursdays at 10 p.m. It was also heard on Wednesdays and Sundays on some stations.

Each installment was introduced by the series host, The Librarian, portrayed by Barry Thomson and Raymond Edward Johnson (who was perhaps better known as the host of Inner Sanctum Mysteries). The series featured murder and mystery dramas, some of which had already been published by the Doubleday Crime Club. A new Crime Club book was made available to the public each week and distributed though local newsstands and bookstores.

Each show in the series began the same way. The telephone rings and the Librarian answers "Hello, I hope I haven't kept you waiting. Yes, this is the Crime Club. I'm the Librarian. (name of the program)? Yes, we have that Crime Club story for you. Come right over. (The organist plays a creepy tune). The doorbell chimes. "Ah you're here. Good. Take the easy chair by the window. Comfortable? The book is on this shelf." (The organist plays a scary chord). Here it is - (name of the program, the author and a very brief summary). "Let's look at it under the reading lamp." The Librarian begins reading the prologue for the tale, and another Crime Club offering begins.

Barry Thompson and Raymond E. Johnson played the mild-mannered, albeit ominous, Librarian. Roger Bower produced and directed most of the episodes. Stedman Coles and Wyllis Cooper (Lights Out, Quiet Please) did most of the scripts, adapted from the Crime Club books.